One of the constants of my youth, and spending time with dad was his camera. Most often, he had a twin lens reflex camera (sadly, I don’t know if it was a Rollieflex, or one of the Japanese variants (like the Mamiya), but I do recall him loading the 120 medium format film, and doing his own developing and printing of black and white.

Wherever we went, the camera went too. Hiking, to the beach, to the park, or whatnot, we were photographed. 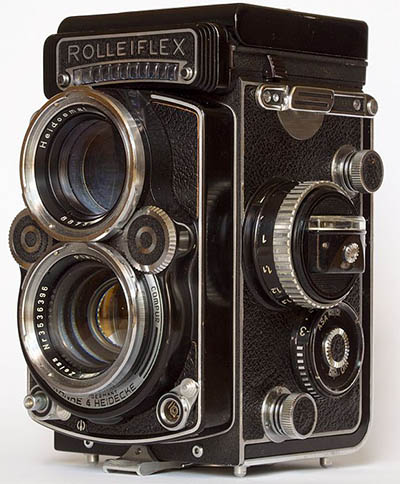 I know that he got into single lens reflex (SLR) photography as well, mostly shooting slide film, and us being subjected to the standard Kodak slide shows. We always knew when the evening was going to drag on when the screen was erected, and the projector was brought out.

There was one afternoon, when we were visiting our grandparents, and my dad and grandpa Beam spent the afternoon photographing over and over a display of detergent boxes. At the time I recall being perplexed by this, as who would photograph what looked like a [still life] project over and over. Now I recognize that they were experimenting with exposure, filters, and other creative parameters to test the response of the Kodachrome, a classic scientific test (although, I distinctly remember much beer being consumed, and my mother being upset about that).

Thinking of photography, and film, the scientific nature, understanding the light response in the silver halide emulsions, exposure and sensitivity curves, and the like were right up my dad’s alley. Of course, with the transition to digital, and the building of the intelligence into the electronics, much of this “geek” nature of photography has left. Of course, my dad has moved into digital, but in our last visit, he lamented the good old days of photography, where you needed a light meter, understanding of the sensitivity of the film, and the mental gymnastics required to get a good shot (or the darkroom games required to adjust when you over/under exposed.)

I suspect that my mild case of shutterbug syndrome was influenced by this early exposure to photography, I still have my 35mm film cameras (although, I haven’t shot film in more than 15 years), and a decent medium format camera is something that I lust over (a Mamiya keeps captivating my attention).

One day, I will need to see if he has all the old negatives and photos of us when we were growing up. I might be willing to invest in a negative scanner to digitize them. Much to my sibling’s dismay.